While overall, the U.S. generally pays more for drugs than other developed countries, this differential varies substantially:

However, a bright spot for the U.S. has been generic drugs. 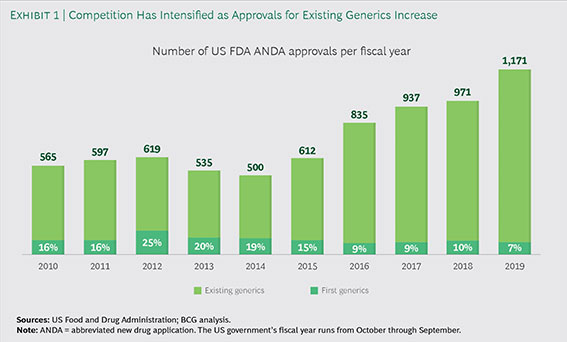 Number of US FDA ANDA Approvals Per Fiscal Year

The record number of generic approvals translates directly into lower drug spending via greater competition and lower prices. This translates into lower U.S. healthcare spending. In fact, if generics were used when available, an ASPE brief shows that Medicare and its beneficiaries would save an additional $2.8 billion annually.